Three weeks in to selected pupils returning to school in ‘bubbles’, teaching staff at Oriel Academy West London have revealed how well the model has worked in order to comply with social distancing guidelines.

Students are working in ‘bubbles’ of no more than ten at the Feltham, west London academy.

Each bubble is dedicated an entire classroom to themselves, and social distancing measures are still adhered to inside the classrooms in order to reinforce the guidelines.

Principal Aine Linney has commended the attitudes of the children as they have quickly adapted to a very different school experience, as well as the hard work of the teaching staff that has ensured a smooth transition. 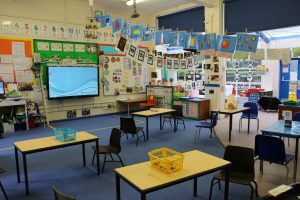 Given the younger age of students at a primary level, there have been nationwide concerns about the children’s ability to adhere to social distancing and understand the importance of the situation.

However, Oriel pupils as young as four and five years old have taken this in their stride, as they have adapted their regular Reception school day in light of the ongoing situation.

Kristina Bikauskaite, Reception class teacher currently teaching the Reception bubble, has said that the ‘bubbles’ model and social distancing has provided the opportunity to better prepare her Reception pupils for what life will be like in Year 1.

She said: “We have changed our classroom layout to resemble more of a Year 1 class, with students having their own table and chair to sit at for longer periods of time and focussing their attention on structured tasks.

“This change in environment resembles the changes that they would be going through in their transition from Reception to Year 1 in September anyway, so they are excited about preparing themselves and doing a fabulous job!” 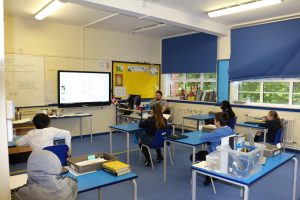 Alan Lewis, a Year 5 teacher currently teaching a Year 6 bubble, has highlighted the importance of providing the Year 6 pupils with face-to-face interaction at this vital point of their academic careers.

He said: “It is important for the children to see that teachers are still working, that we haven’t changed, and we can provide them with a sense of stability in their lives before they make the big change to secondary school in September, which they were already preparing themselves for.”

Being the oldest pupils in the academy, the Year 6 students have a better understanding of the situation, and have handled it with maturity, keeping two metres distance from their peers as much as possible. 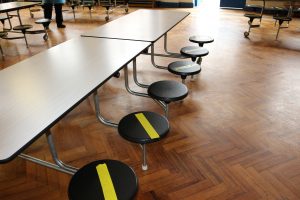 Being on site from 9am until 2:45pm, Year 6 students are able to experience a structure that resembles a normal school day, which, as Alan argues: “offers them a sense of routine.”

The children are able to learn by combining Google Classroom work as before, with in-class project-based learning, a key tenet of Oriel’s varied curriculum.

Last week, the students worked on a theme park project, which included creating their own theme park on a grid, costing each square that they built on. 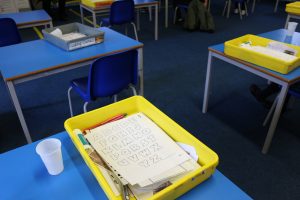 Mr Lewis explained: “They really enjoyed the theme park project because they were able to take ownership of costing their entire theme park based on the number of squares that each ride took up.

“Then, they brought it all together by trying to convince me, an investor, to invest in their theme park by presenting how much profit they would make in their first year.”

This combination of mathematical and business learning, alongside the collaborative and presentation skills used, is an example of the way in which pupils are enjoying their learning within their small ‘bubbles’. 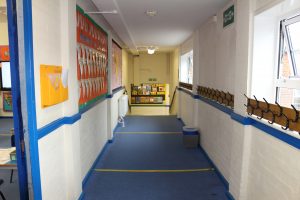